← more from
ODIN Records
Get fresh music recommendations delivered to your inbox every Friday.
We've updated our Terms of Use. You can review the changes here. 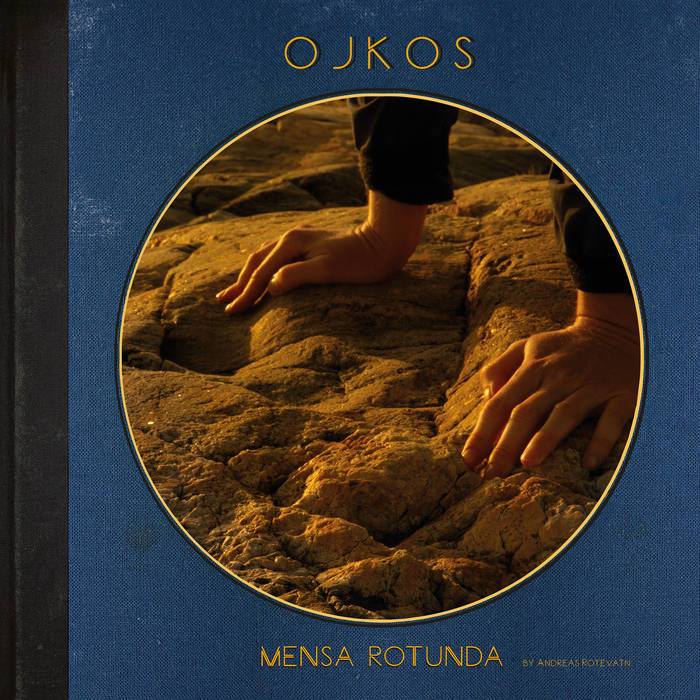 “Because customs change, as time passes and the belief of humanity changes, and the ways of the mind develops on many a subject. But the hearts of humanity, through all time, changes nought.”

In this way Norwegian writer Sigrid Undset ends her book King Arthur and the Knights of the Round table from 1915.

What kind of music will you find on this record: big band meets Avicii meets Stravinskij dancing with the viking historian Snorre Sturlasson? Or maybe just the sum of all the favorite musical elements of composer and trombone player Andreas Rotevatn? Anyway, welcome to the court of Camelot!

King Arthur gathered his knights in the castle Camelot seated at a round table - in latin Mensa Rotunda - as a symbol that all seated should be equal, and that everyone were to bring their ideas to the table. The establishment of the composer’s collective OJKOS was born out of a somewhat similar philosophy: the artistic leadership is taken in turns by the 14 members.

This album consists of compositions by Andreas Rotevatn, born in 1989 in a majestic fjord on the west coast of Norway. This is his second album as the composer for OJKOS. The first, alea iacta est, gave him a nomination for the Norwegian Grammy Awards (Spellemann). Rotevatn has produced the album, together with one of his idols: Lars Horntveth, Jaga Jazzist’s main composer.

In addition to the 14 freelancers of OJKOS - which by the way is a term hailing from the Middle Ages, describing a knight that does not serve one specific master, drummer Eivind Helgerød has joined the band for this record. Besides being a stellar drummer, he has produced music for many successful Norwegian artists, like Emilie Nicolas, Cezinando and Big Bang.

The music on Mensa Rotunda collects inspiration from numerous sources, but always with a groovy beat as companion. On this record you can have a dance with:
- Safari Sundowner: South African drink at sundown
- Drosa is real!: Norwegian writer Aasmund Olavsson Vinje’s search for the ideal woman
- Ridderrast:”a Rest for Knights”, where odd time signatures are proven to be danceable
- A Sackbut QAnon: a canon wich emulates the five centuries old grand father of the trombone
- Morgon in Novgorod: where the young viking king Olav Tryggvason is discovered at a market place in Russia
- Den etiopiske trekkspelar: inspired by the Ethiopian Hailu Mergia, who brought his accordion to the US in the 80s
- Einsemdi:”The Loneliness”, a bit of baroque Buxtehude
- Fjordingen I & II: a galloping tune, with a title that both means a traditional Norwegian horse breed, and a person hailing from the fjords
- Lancelot & Guniver: the story of when King Arthur’s most trusted knight turned out to have an affair with the queen, after which came a bloody civil war and the end of the Round table

OJKOS is a contemporary jazz orchestra featuring the next generation of innovative musical voices from the Oslo area.

The orchestra is made up of 14 composers and performers sharing musical influences as broad as third stream jazz, European contemporary music, Norwegian folk music, and Nordic jazz. ... more

Bandcamp Daily  your guide to the world of Bandcamp